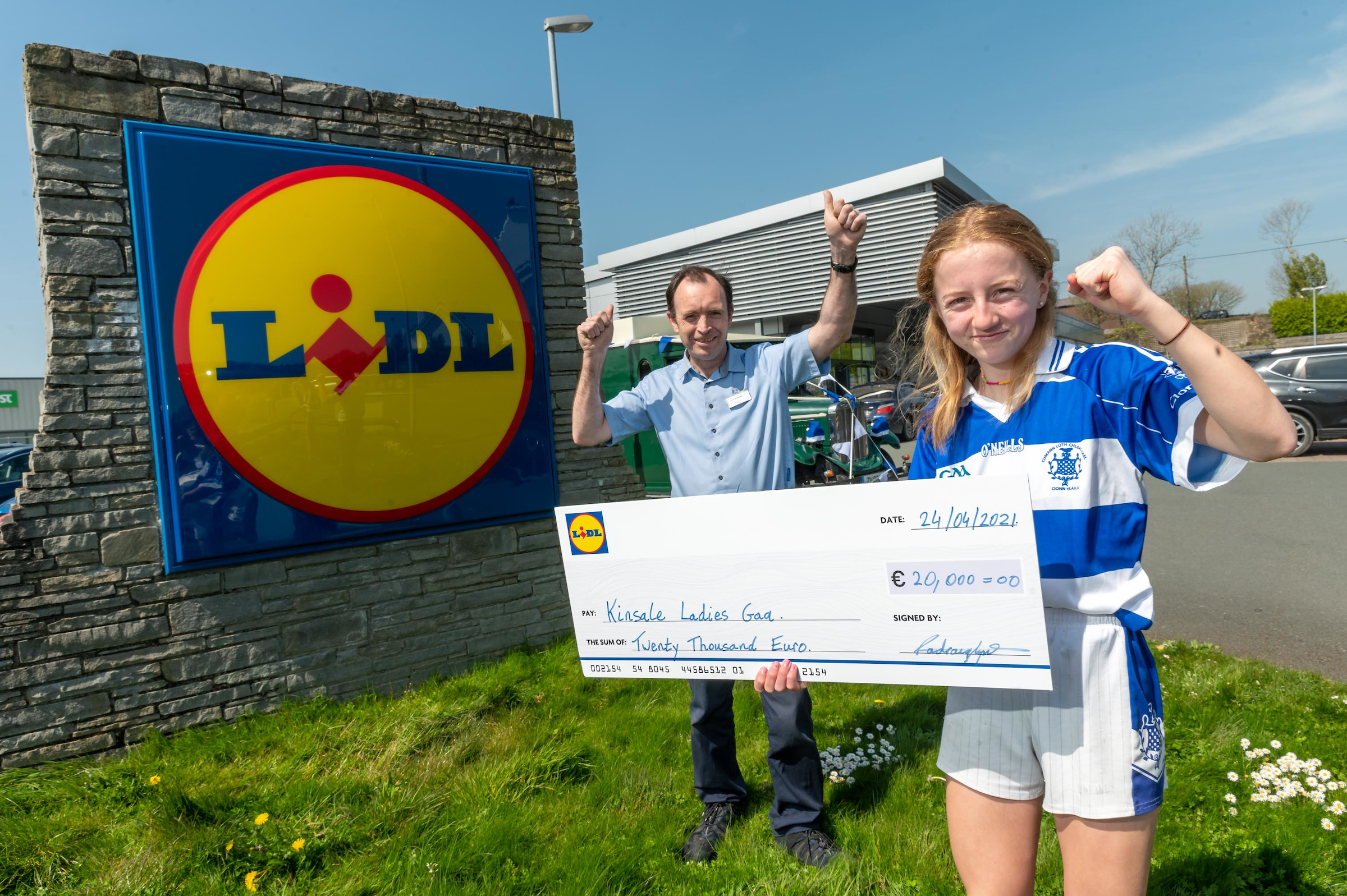 What a fantastic prize and it’s all thanks to the brilliant community of Kinsale people at home and around the country who got behind the Club and supported Kinsale GAA!! 👏🏻👏🏻👏🏻👏🏻

We really appreciate it!!

Check out the report and reactions in the papers today 🥳🥳🥳

Lidl Ireland has announced the winners of its club fundraising initiative that took place earlier this year, with €42,800 being awarded to Cork Lgfa clubs.

Cork’s Kinsale LGFA were awarded a top prize of €20,000 from the retailer as part of the initiative which called on communities to support their local clubs by scanning their Lidl Plus app at the checkout in their local Lidl.

The club is one of four, one from each province, that picked up the top prize. In total, Lidl has rewarded more than 360 LGFA clubs throughout Ireland, benefitting from new jerseys to €20,000 in funding.

The innovative initiative was launched as part of Lidl’s new campaign, Level the Playing Field, that called on communities to get behind their local club by scanning their Lidl Plus app to receive a digital stamp on their stamp card. Once six stamps were collected, users could submit their completed stamp card via the app and their stamps were then added to their chosen club’s total. Each club that achieved a minimum of 50 completed digital stamp cards was guaranteed a reward.

“It’s a real testament to the support we get from the local community and our local Lidl in Kinsale that we have topped the table in Munster.

We were fortunate enough to participate in the pilot of the Lidl One Good Club programme in 2019 which was a great experience for the whole club and this award will provide us with even greater development possibilities.

Thank you to Lidl for the brilliant contribution they are making to Kinsale LGFA and to hundreds of other clubs around the country.”

“It’s absolutely brilliant news for the club and I know it will help drive us on to bigger and better things over the coming years. Thank you to the local community for the huge effort made to collect stamps and to Lidl for their continued commitment to ladies’ Gaelic football.”

“We are delighted to award Kinsale LGFA Club with €20,000 in funding. It’s been incredible to see the community really get behind the club to raise some much-needed funds at grassroots level, and in doing so raising awareness for women in sport as well as helping to encourage young girls to get involved in sport from a very early age.”

The announcement comes as the Lidl National Football Leagues are set to get underway on 23rd May.

Since 2016, Lidl has invested more than €5 million into the partnership with the Ladies Gaelic Football Association and during this time, ladies football players across the country have noticed significant changes in how the game is perceived thanks to the support of the retailer. According to research carried out on behalf of Lidl Ireland in 20201, 85% of LGFA female members recognise the uplift in support over the last four years, specifically in the media and among the general public. The research also found that 51% of females claim that they are currently participating in sport, an increase from 2017.

It is with great sadness that we acknowledge the passing ...