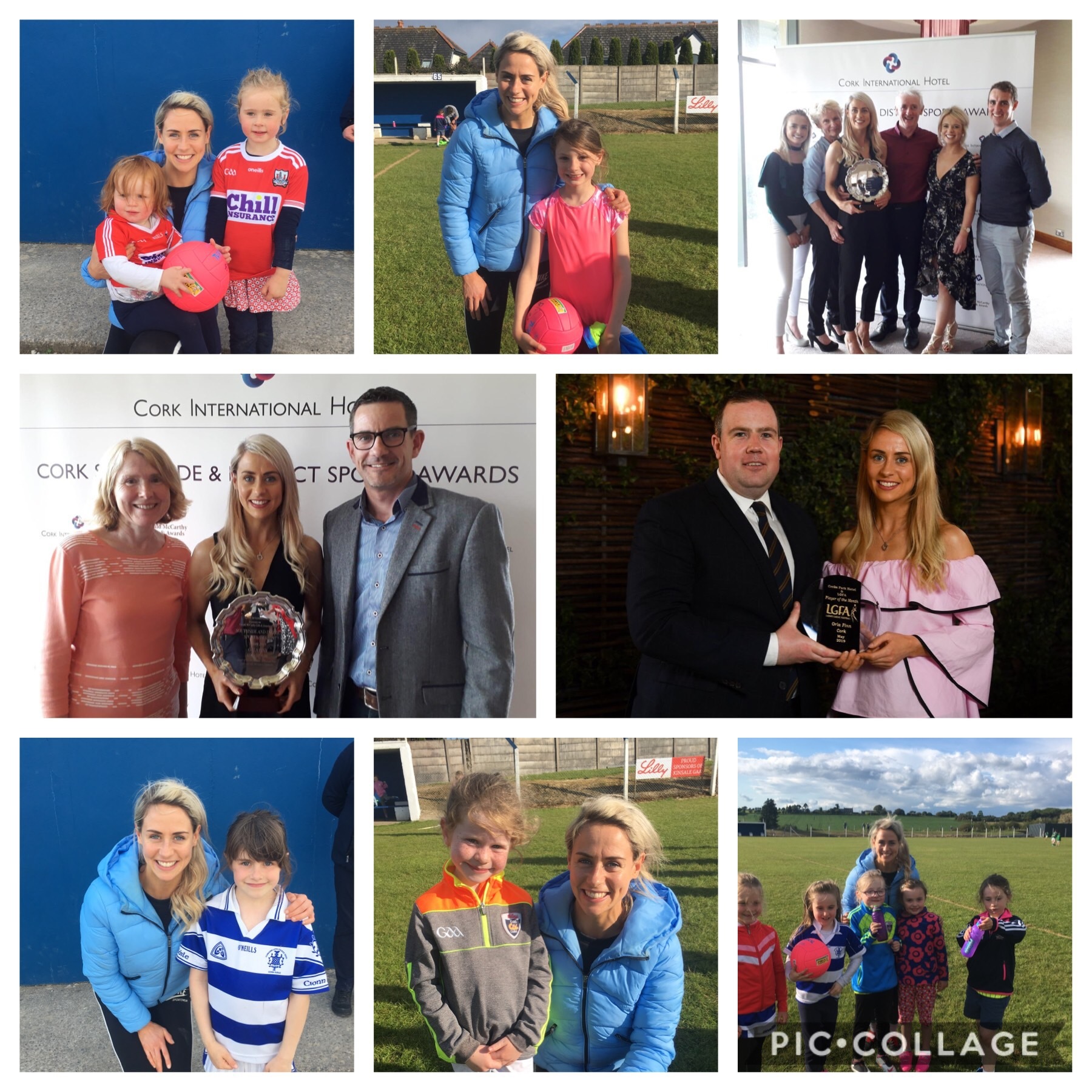 Published: about 3 years ago

What a week it’s been for Orla!!

On Monday she was up in the pitch CONNECTING with the Underage players as part of the One Good Club initiative which the Club is piloting...

CORK forward Orla Finn has been honoured with The Croke Park/LGFA Player of the Month award for May.

Finn, 27, from the Kinsale club, has been acknowledged for a series of sparkling performances for in-form Cork.

Finn was Player of the Match in the Lidl National League Division 1 Final victory over Galway on May 5, when she scored five points, including three frees, at Parnell Park.

That tally took Orla’s League haul to an incredible 1-55, and she was duly named on the Division 1 Lidl Team of the National League.

Cork also opened the defence of their TG4 Munster Senior Championship crown on May 26 against Waterford and Finn, a 2018 TG4 All Star, was in red-hot form again.

As the Leesiders claimed a big victory at Cork IT, Finn chipped in with an individual contribution of 11 points, including seven from play.

Cork defeated Kerry on June 1 to seal a place in the Munster Final, and they’ll aim to retain their title next Sunday (June 16) when they renew acquaintances with Waterford at Fraher Field, Dungarvan (6.30pm).

Orla was presented with her award by Sean Reid, Deputy General Manager, The Croke Park.