Great win for the Cork Ladies! 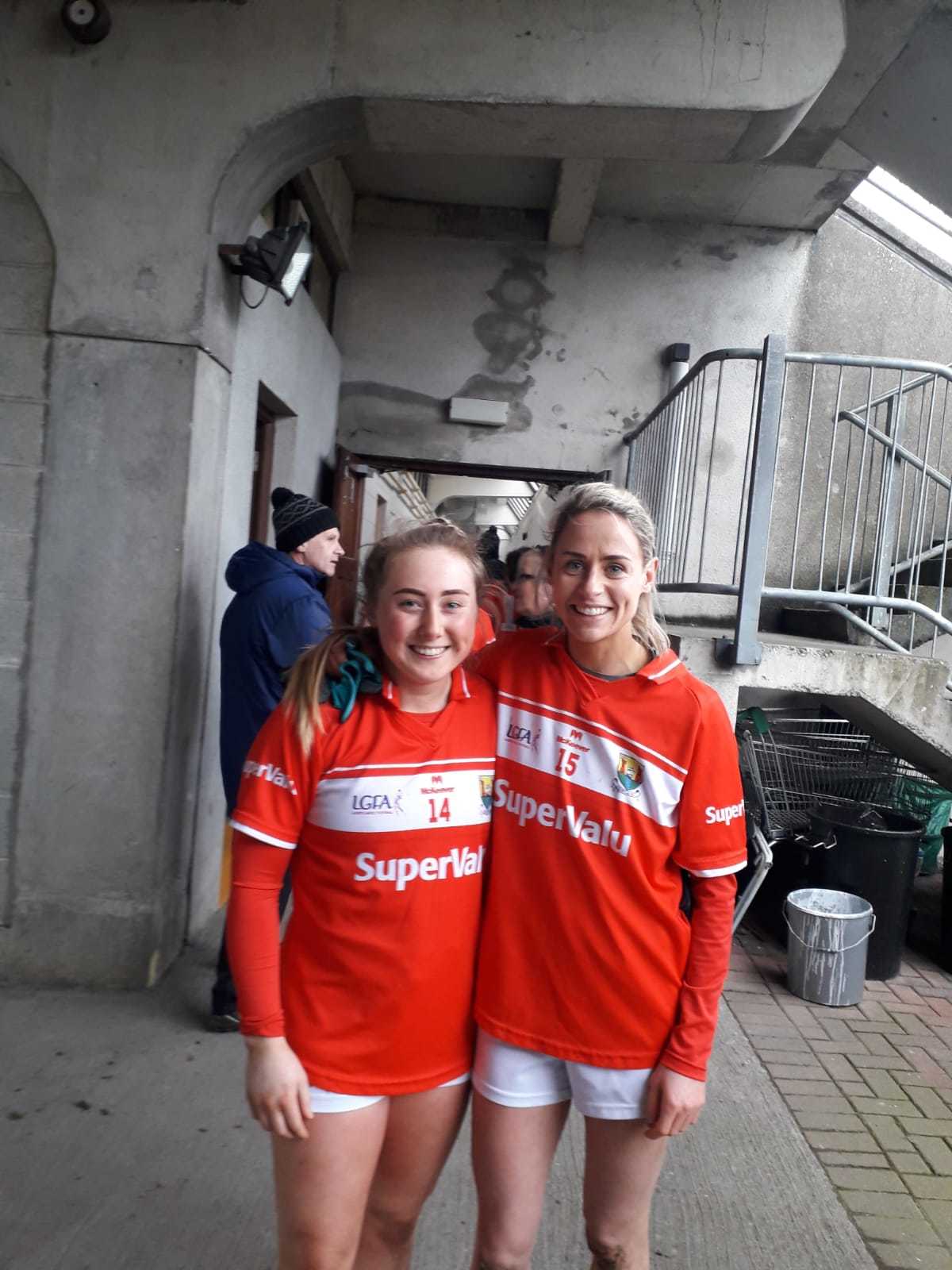 Published: over 3 years ago

Congrats to both Orla Finn and Sadhbh O Leary on a great performance. Orla kicked 4 points with 3 from play and Sadhbh also added a point 👏🏻👏🏻👏🏻

Super stuff! See the report below for more details!

The home players, fresh from an impressive win against Monaghan, gave a very good account of themselves, despite losing out by eight points.

Despite playing against a strong wind, Cork had by far the better of the exchanges in the first-half and they were good value for the five-point lead they had managed at that stage.

The victory gets Cork off the mark in the Lidl NFL standings, where they pull level with Westmeath, following their win last weekend.

The outstanding Niamh Cotter opened the scoring after a mere 20 seconds, before Aine O’Sullivan added a brace by the eighth minute to put Cork 0-3 to 0-0 in the ascendancy.

Despite playing some solid football in the opening quarter, Westmeath didn’t impact the scoreboard until seven minutes before the interval when corner-back Rachel Dillon pointed in style for the home side.

But Ephie Fitzgerald’s visitors – who were TG4 All-Ireland finalists last season – pounced for three more unanswered points by half-time. The impressive Orla Finn kicked the first of those, a wonderful solo effort; Sadhbh O’Leary got in on the act despite being pressurised; while Eimear Kiely delivered a quality score for her side, and they led by 0-6 to 0-1 at the break.

Cork struggled to dominate the second period with their opponents upping their game. Aine O’Sullivan brought her tally to three points from play early in the half and Orla Finn kicked the Rebel county’s remaining three points, including one free.

Maud Annie Foley deservedly got the Lake County’s second point from a free in added-time.

However, they seldom looked likely to score from open play against the wind and Cork claimed the deserved three points, to get their first reward of the competition.