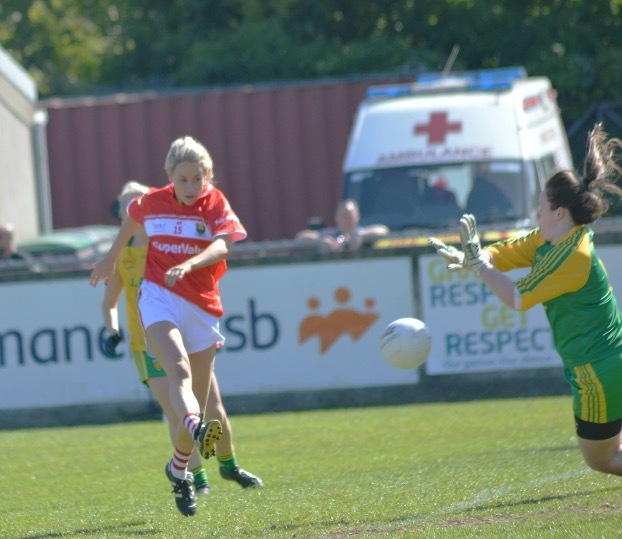 Published: about 5 years ago

YOUR COUNTY NEEDS YOUR SUPPORT

There are 2 important inter county matches being played next Monday, 7th August, in O'Connor Park, Tullamore.
The Cork Senior team are going through a transition phase at the moment having had some retirements. This is a very young team who against the odds won the Division 1A League final against Donegal. Since then some players have incurred injuries which has affected the team's performance. They have a crucial qualifier match against Monaghan, Throw in 3:15pm. It is possible that if Cork lose this match, they could face relegation.
This match will be followed by the Minor All Ireland Final v Galway at 5:00pm. Cork have been very successful at this grade but they will face a very strong Galway team who are aiming to make a clean sweep of all Championship titles this year having already won the U14 and U16 All Ireland titles.

Cork people are very poor at supporting our teams. Every match that I attend, the Cork attendance is comprised of mostly the parents & friends of the players and the very few strong supporters who attend almost every match. We were well outnumbered in the U16A All Ireland final in Nenagh. The Maroon and White colours were out in force. That match was played on a Wednesday evening so there was some excuse for the lack of support.

Next Monday is the August Bank Holiday, so most of us will not be working that day. The entry prices are very reasonable, €10:00 per adult, €5:00 per student/OAP and U16s are FREE. What a great day out for a family without incurring a huge cost.

Think of the players of both teams and their managements, the hours of training they attend, the sacrifices they make foregoing holidays and family events and come out to support them.

Think also of our former great players, Juliet Murphy, Briege Corkery, Rena Buckley, Deirdre O'Reilly, etc, etc. So many great former players who after all their years of playing for Cork must be totally disillusioned seeing the paltry numbers who support Cork.

How many of you will travel to Croke Park on 13th August to support the Cork Hurlers? And if the Cork Senior men's football team were doing well, you probably would support them too. Why can't we extend the same support to the Ladies Football. We have 76 clubs in Cork with over 10,000 members. Why will we possibly only have a few hundred turning up in Tullamore next Monday?

Remember too that 40 of our U12 players are playing in the MIni Games at half time of both matches.

So I wish both teams and managements the very best of luck on Monday. I only hope against hope that I won't come away from Tullamore on Monday, lamenting the lack of Cork support.